Contrary to popular opinion, even in 2020, the Fortnite hype hasn’t died yet. Currently, everyone is going crazy while searching for Midas Golden llama because of its week 9 of the season.

The search for this shiny piñata decoration isn’t pretty farfetched, but you might need some help as the others. So are you still looking for the Midas Golden Llama?

Don’t worry. Take a breather, because we know exactly where it is. You’ll soon be able to smoothly get over this part of the Fortnite Midas Mission Challenge.

The biggest challenge that stands in your way is the search for Midas Golden llama. Fortnite’s players are going to have to find this in the following locations: a junkyard, gas station, and the  RV campsite.

To find the Midas Golden llama in these places, we’ll first have to locate these places in the gameplay. Searching on a map can be pretty difficult for most players and newbies, but don’t worry, we’ve simplified it all.

Junkyard is near the G4 area, and it is known as a reference for compact cars. Secondly, the front of Shadow Safe House Beta in G4 gets represented by the gas station.

Lastly, in the north of both these locations, the Rv campsite can be located in G3. This proposition means that the Midas golden llama lies somewhere between the middle of these three.

The Midas’ Golden Llama can be in the middle of these locations, inside the small building nearby. This building can get easily traced as it’s on the west side of a bridge. Also, this is a small electrical building, and the bridge nearby has a truck on. Hopefully, these clues will help players in finding the building in an even better manner.

Now, there isn’t much that you’ll get required to do. Just enter the building and get greeted by the humongous Golden Llama statue placed on the wall. Just underneath the golden llama, you’ll be able to see a red tool trolley.

That’s all the confirmation signs you needed. There isn’t a chance that you’ll miss it. That’s because it’s pretty huge, and it’s going to be the first thing you’ll come across after entering the building. 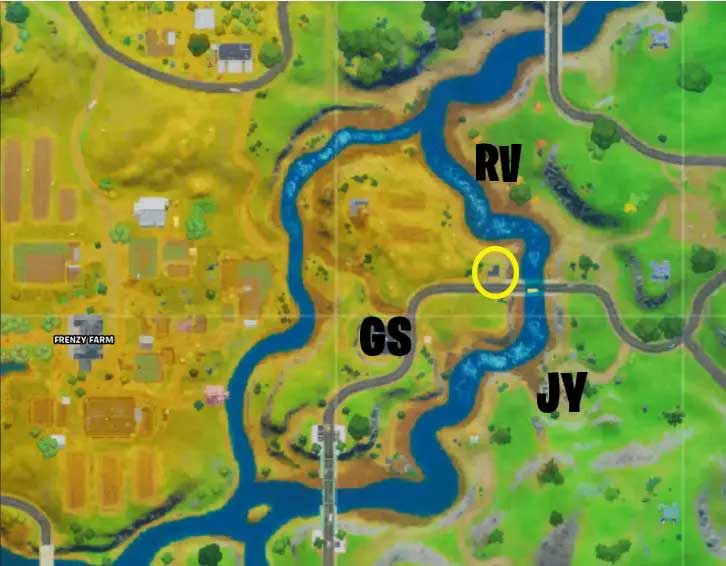 Why is Midas golden llama important?

Fortnite requires its players to complete various challenges to gain points or virtual currencies. Furthermore, completing these challenges also aids players in unlocking the latest in-demand skins. Similarly, gaining access to Midas golden llama confirms the fact that you have completed the challenge.

What should get done after locating Midas’ golden llama?

Once the Midas golden llama statue is, the next step is to interact with it. This interaction will help you in gaining 40000 XP in an instant. Consequently, you’ll level up, and the chances of unlocking new skins will shine even brighter.

We hope that this guide might help you locate the Fortnite Midas’ golden llama on your own. There’s no need to go through countless tutorials, follow the steps mentioned above and you’re good to go.

Close
Close
We use cookies to ensure that we give you the best experience on our website. If you continue to use this site we will assume that you are happy with it.Ok