Fortnite Season 2 Skins of the Fortnite Battle Royale was released on 14th December 2017 and was ended on 21st February 2018. This season featured the Medieval Times theme.  The Fortnite Season 2 was different from the Season 1 as it included a new cool feature of Battle Pass. It was a new gaming mode that allowed you to unlock limited edition challenges and rewards from Fortnite. The Battle Pass also featured a total of 70 Tiers.

Each Tier can be unlocked by completing the Battle Stars challenges. The Fortnite Season 2 battle pass was available for sale at a cost of 950 V-bucks. Along with the battle pass, Fortnite season 2 also introduced lots of items worth of 13800 V-bucks in total. This season introduced some changes in the Fortnite map. It added new locations to the Battle Pass including Tilted Towers and Snobby Shores. 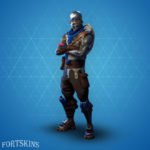 Blue Squire is a rare Fortnite outfit that was released during the Fortnite Season 2 Battle Pass. This outfit is based around the ancient Medieval warrior`s attire.  It features a male avatar dressed in a steel body armor and wearing a chained bascinet. The outfit comes with a blue scarf and a metallic decorative shield. A red lion symbol is engraved on the shield.

This Medieval themed outfit belongs to the Fort Knight set. A similar female version of this cool outfit is also available. It is called the Royale Knight. Blue Squire outfit was rewarded at Tier 1 in the Season 2 Battle Pass. 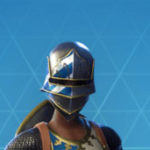 Royale Knight outfit is a rare skin that was released during the Fortnite Season 2 Battle Pass. This skin is the female version of Medieval themed outfit called Blue Squire. It features a female avatar dressed in a chained body armor and wearing a steel warrior vest. The outfit comes with a blue scarf and a metallic decorative shield. A red lion symbol is engraved on the shield.

This Royale Knight outfit belongs to the Fort Knight set. A similar male version of this cool outfit is also available. It is called the Blue Squire. In order to unlock this outfit, you have to reach the Tier 21 or the Fortnite season 2 battle pass. 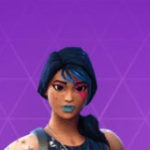 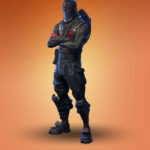 Black Knight is a legendary Fortnite skin that was introduced during the Fortnite Season 2 Battle Pass. It features a male character dressed in a black colored knight armor. It also wears a knight helmet with only the bright red eyes visible. On the legs, you have black pants with long black boots. This rare outfit belongs to the Fort Knights Set from Fortnite. 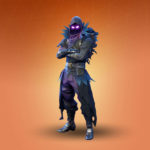 Raven is a legendary category skin from the Fortnite Season 2 Battle Pass. This outfit features a mysterious looking male avatar dressed in a jet black leather cloak. Avatar’s face is covered behind the dark blue hoodie. You can only see the glowing purple eyes under the dark shadow. The detailing of this outfit resembles to the bird raven. It has a ragged and spooky appearance.

This Raven Legendary outfit belongs to the Nevermore set. This set also includes a rare glider called Feather Flyer and legendary back bling called Iron Cage. You will receive this Iron Cage back bling along with your Raven outfit.