There is a brand new portal here in Fortnite Battle Royale and I actually see the arc from the zero point is all the way over here. Just a little Southwest from sweaty sands. It’s a little faint but you can see it goes right through the sky right here.

So this is a very special portal. This is called the Skirmish portal. These boxes basically contain clues for some of these Fortnite street fighter skins that we were going to get and one of them was hand wraps. And the biggest one is from Street Fighter.

So look at this when we open this portal up. So we have to face the zero point by the way to open the portal. There is a Japan-like background. But that is clearly from Street Fighter 2 in particular. That is the right use stage right there. That is the castle that is his hometown in Street Fighter Where’s all your leaks at? 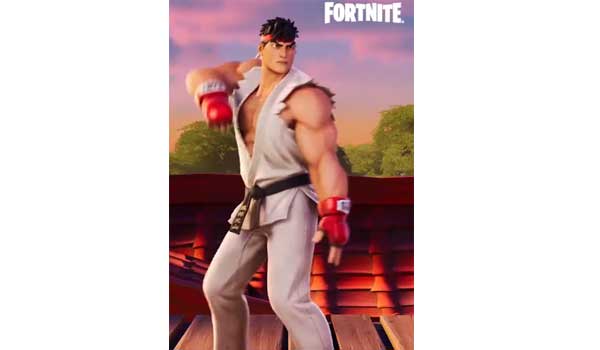 However, I do drop hints from time to time. So instead of outright leaking everything and spoiling it for everyone. I’ve just been doing little hints like that. So this one actually brings a male and a female character. So chances are we may see Chun-Li as well. 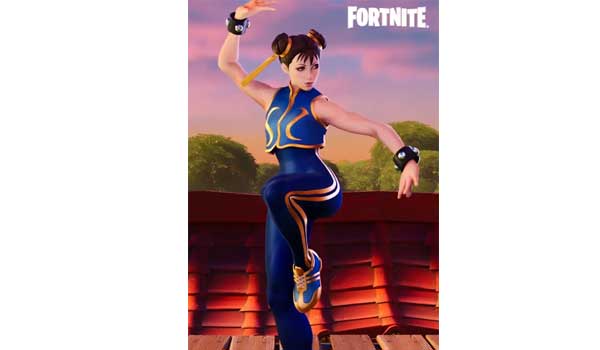 One of my favorite characters that I picked in the arcades all the time remember arcades. I’m anxious to see what these skins look like. I’m assuming it’s going to be right Ryu Fortnite Skin and Chun-Li Fortnite Skin. I guess it could be Ryu or we could have some other female character Ryu, but we do know it’s a male and a female and is probably coming soon. So this is pretty sweet Street Fighter in Fortnite Awesome.

The exact location for this portal is just a way Southwest. From sweaty Sands. I also love how the old portals don’t go away. So all the portals this season are still clearly visible and you can just pass them on the map. So possibly write you and Chun-Li to Street Fighter characters. If not those two then two other characters for sure but Street Fighter and Fortnite, the collaboration has begun.