Fortnite week 12 Challenge is to Destroy Inflatable Tubeman Llamas at Gas Stations. And this one is to go to various gas stations and Destroy inflatable. Llama tube men. So the first one I’ve got for you is right about here chilling out outside wafting around as he probably should be that there you go. We’re looking for this one by the way is east of the Coliseum. 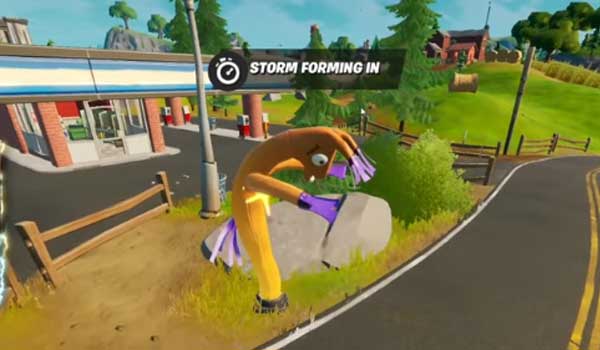 So basically you’ve got a gas station, which is right about there just directly south of Steel Farm if you’re aware of that location. The next one is basically if you go from the Coliseum and follow the road South so you basically go over the bridge and obviously just over here is where the Stark work how she used to be. 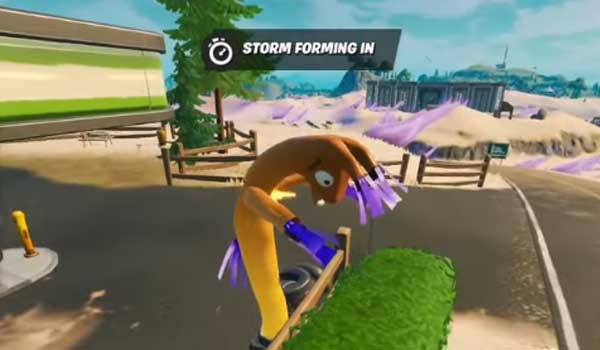 Basically, there’s this gas station right about here. And once again, there is another llama chilling outside of it. So that one for a reference is right there on the map. So you basically going basically follow the road north of the lazy lake and then take a left is probably your best way of looking about it speaking of the lazy lake. 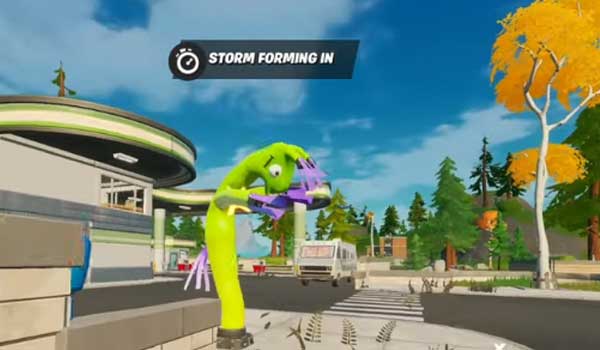 Let’s see if there’s any over there. I think this should be a somewhat lazy lake and I assume down at catty-corner. There’s probably going to be another one as well. So In certain terms of the Eastern side of the map. That’s where we could be looking at. Oh, yeah, there is I didn’t think it was for a moment.

But there you go. In fact, that is my channel colors – the purple but the greens and yellows are there representing which is nice. So as you’d expect right on the Northwestern end of a lazy Lakers where you’re looking and then I think in regards to this end of the map,

I think the last one probably is at the gas station just a little bit south of catty-corner. No there is another green yellow and purple boy. If you want to do this challenge a little bit quicker than any of the other locations, there are basically two at a single gas station, which is really handy and that is all the way over on the western side of the map. I’m trying to think of any more gas stations between here and there so there’s not even a desert area.

There’s not a Hunter’s Haven. I think that might potentially be one on the southern end of weeping Woods, I think on the southwestern end. There’s a gas station isn’t there. Just as you come north out of the Slurpee swamp. Just buy the purple Bridges gas station just here. And in fact, this is another double-up. But the one that all the way up in sweaty Sands because sweaty Sands has a gas station on the Far Western end to my knowledge. There should be two of them over there as well, which is pretty good.

So let’s have a quick look at sweaty Sands all the way up from the Western end. And yeah, but there’s one on this end one on that end, but probably the slopey swamp one’s going to be a little bit quicker to grab. Why does that Oh it just like an explosion animation when it opens. I thought invisible character was whacking it with a pickaxe.